Why does an artist draw? 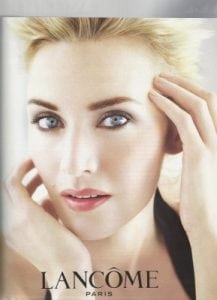 This is an age-old question. I have asked this of myself several times in my life. I do not believe that I have ever written about this aspect of my life before. I have discussed it with my friends and family a lot. I just finished a drawing that took a month to draw.

I started it on September 10, 2010, and I finished it on October 10, 2010. My Landmark Education training confirmed my belief that life is a game. I like creating games to motivate my life. I had not drawn a picture in about two years so I wanted to kick start my artistic brain with some inspiration. I said that I was going to draw a picture in one month. Now I needed something to draw.

Usually, I do not have a problem coming up with ideas for a drawing. I am one of those artists that create art with an improvisational style. I call my type of art Colored Acid Jazz. My brain has always run amuck when I stare up at clouds in the sky or get lost in a marble tile floor. My imagination makes images out of random patterns based on what is going through my mind at the moment. My artistic motto is ‘I can not draw a straight line’. Even when I use a ruler to draw I eventually deviate so far away from the original goal that it even amazes me. Sometimes getting sidetracked is not a good thing, but when I am drawing it is when I have the most fun and freedom. 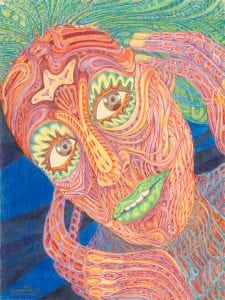 Creating objects of fine art from the wild visions in my mind.

So for this drawing, I was inspired by my friend and former co-worker Mario Leal. Mario posted a link on Facebook to a video of a person drawing a portrait of an anime character. I was intrigued by the time lapse technique of the video. I got entranced by the way the artist drew the eyes on the portrait. I like drawing eyes and I draw portraits, but not like this artist. So this drawing game needed a challenge. My wife Sylvia had the September 2010 edition of O Magazine lying around. I picked it up and started flipping through the pages and I found an ad with a face that I wanted to draw. As you can see from the images in this posting the original inspiration for my drawing is quite plain compared to my rendering of the model. This is a prime example of how I as an artist getting sidetracked by the images that I see when the pencil meets the artboard and the colors start telling me as an artist where to put them.

I have been drawing with this style for over 30 years. I will not go into the details of how I started drawing like this but I will say that screaming yellow canaries in San Diego had a lot to do with it. I really like drawing as it involves no computer, no electricity except when I draw inside at night, and I only have to listen to the quality control voice in my head to tell me when I am done.